Kevin D. - Making My Lungs Burn in His Memory

I had the pain and pleasure of seeing my dear friend for the last time this past weekend. The pain is the fact that my buddy/brother from...
By
Jon Rowley 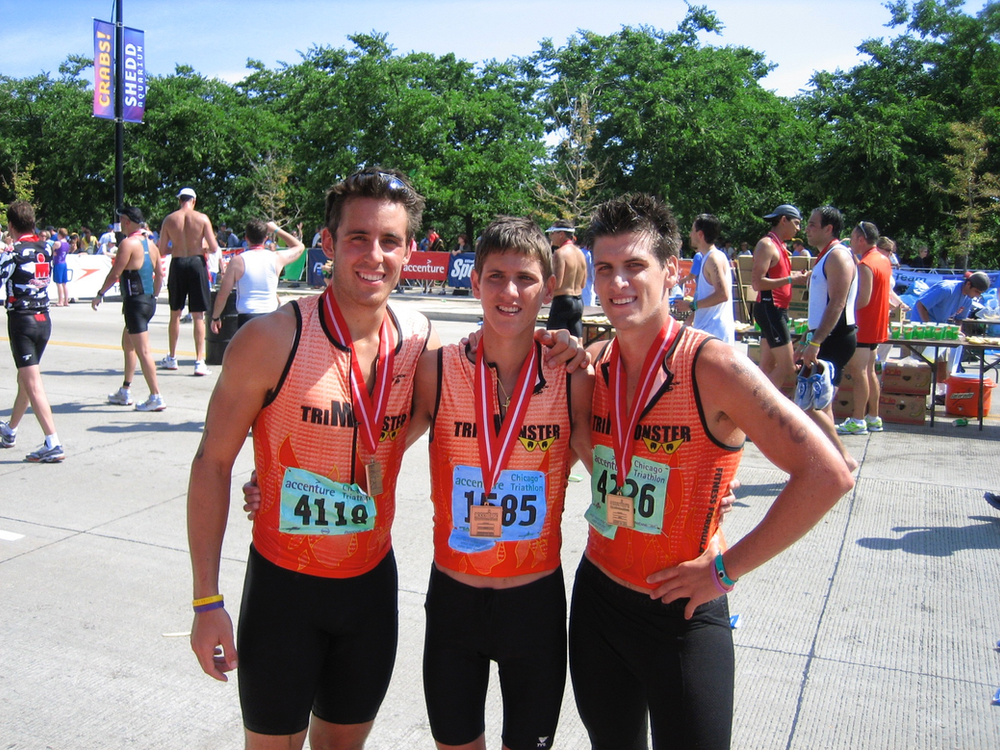 I had the pain and pleasure of seeing my dear friend for the last time this past weekend. The pain is the fact that my buddy/brother from another mother Kevin Carr D’Agostino passed away at the age of 33 on May 25th from complications related to Cystic Fibrosis, a disease he’s been battling since the day he was born. I am humbled beyond words that Kevin is now resting with his favorite 2020 socks on and a pair of Reebok Nanos so he’ll be ready to throw down. The pleasure comes in knowing that Kevin is in a better place, able to breathe and finally work on his overhead mobility that I’ve been terrorizing him with for 8 years :).

Kevin is one of 2020’s first true clients and really a driving force from the beginning for what we’ve become. I feel it is worth sharing a bit of his story as though you will not get the chance to meet Kevin, he lives in me everyday as a model of how to approach life. Our story really starts in 2005 when my roommate in college (his brother) invited him on a ‘ski trip’ with us. I use quotes because we were actually going to spend our winter break from college working at a restaurant on Vail mountain busing tables in exchange for a free ski pass. Kevin is the younger brother of my best buddy Michael who I met my freshmen year at Marquette. Both Kevin and his brother Michael thought the experience was too good to be true however we got jobs and took off on our journey. I’d known through Michael that Kevin suffered from a disease called Cystic Fibrosis. Among other things, it severely affecting his ability to breath leading to ‘smoker coughs’ as it would sound to someone who didn’t know Kevin. What I didn’t find out until meeting him in person is that nothing would hold him down. He was a constant ray of light, energy and enthusiasm to everyone he was around. When he was with you, he was with YOU. He asked you questions, showed genuine interest in you, and was always curious about what made you tick. Walking away from time spent with him, you weren’t sure why but you really liked him, and were better for the experience. His lungs couldn’t stop him from being a boss on the mountain. He would ski all day, keeping up with the crew and have energy left over at the end of the to enjoy some Aprés action (that’s French for having a beer after skiing). One of my favorite memories is when on one New Years in Vail I wanted to get to bed early as we were set to have a powder day the following morning. For the skiers out there, you understand the importance of this. Michael - my buddy, I could say no to as I had before more times than not. Kevin however was someone you didn’t say no to when he challenged you to do something. Needless to say we had our New Year’s partying AND got after it the next morning.

That is a perfect example of how Kevin lived his life - to the fullest. Over the years there were other trips, partying, events etc. where Kevin and I crossed paths but the bond became tighter when we got him working out. Before 2020FIT was a thing, I started training anyone who would listen to me out of our apartment in Chicago. Kevin was one of my first true guinea pigs where I got to practice my programming, work on my coaching eye, and develop my lack of sympathy for someone doing hard work :). Kevin never wanted you to feel sorry for him or complain about his situation.

Though I had a soft spot in my heart for what he was going through on a daily basis, I followed his lead. Giving him a good ass kicking was what he needed to boost his health and well-being. These workouts continued virtually when I moved to KC and he started following our daily workout we posted online. He’d ask me for my time and my weight, how to manage the workout and of course how the heck to do double unders. In a way, he was prepping us for Covid times as a virtual client and in retrospect should have been paying better attention. I can say I played a roll in helping him get healthy (he gained 30 lbs and was ripped) however it was all him. (here is letter he wrote to the CF Foundation specifically about working out). I gave him programming and a kick in the ass from time to time but he went to the gym everyday before his shift at 5 am. You probably won’t be surprised to learn that he was a neo natal nurse and on in addition traveled the world donating his time and expertise to help people in Serbia, Macedonia and Iraq with the organization Doctors Without Borders.Living with CF - He was a model of health and firing on all cylinders. That all suddenly game to a halt when in 2016 he suddenly suffered a brain injury that lead to him losing much of the control on the left side of his body in addition to much of his short term memory and an extensive piece of his long-term memory. Writing this, I’m reflecting on how I always believed that the ‘old Kevin’ would come back eventually with enough therapy etc., and I still believe that. “I never lost a game, I just ran out of time” ~ Michael Jordan. This quote was shared at his funeral Saturday and speaks so truly to him. It was harder to motivate him to train given the new physical limitations but to appease me from time to time he’d sneak in some push ups or squats. There were glimpses of the true Kevin and it was glorious. He asked you question after question as he’d rekindled his child like curiosity and enthusiasm. Hearing of his passing last week I was obviously devastated however am comforted there are some very lucky people in Heaven who have the chance to be with him and be a part of the joy he provides. In memory of him, Michael asked me to program a workout in his honor. I orginally intended to share the workout I programmed with his brother however after seeing Kevin at the wake, I couldn’t help myself. He looked so at piece and free from pain, I felt the need to continue to torment him :). So I pulled the workout I’d programmed out of my pocket and put it in his casket with the promise that I’ll return the favor to myself this week as well. Here is Kevin D. (with a bit of explanation)Complete:

HOWEVER EMOM for 33 minutes:

In the remaining time after the 5 rounds are finished, complete as many overhead squats as possible until 33 minutes. He HATED overhead squats so I figured now would be a good time to work on these once and for all. *Use a weight that you can do touch and go - approx 20% of your back squat

(This is Kevin running stairs with a dumbbell in the hospital in the middle of one of his many CF treatments. Boss.)

Kevin’s story will continue as reminder to me to take advantage of every card you are dealt, good or bad - just as Kevin did. In addition, the reminder we need to do hard things was shared in his eulogy by his uncle Bob reflecting on a conversation after a workout where Kevin was laying on the floor crushed afterwards. Bob said something along the lines of “You must like like doing that to yourself.” Kevin replied with “I hated every minute of it.” He knew what he had to do to progress his health and whether he liked it or not, he brought it everyday. I’m grateful for the relationship and humbled to do my small part in carrying on his legacy both in my family and in our 2020 Community. Kevin is loved and I’m excited to make my lungs burn in his memory.

Looking for a helping hand to dial in your Nurtrition this January? Jeremy and I will be answering questions and pointing you in the... 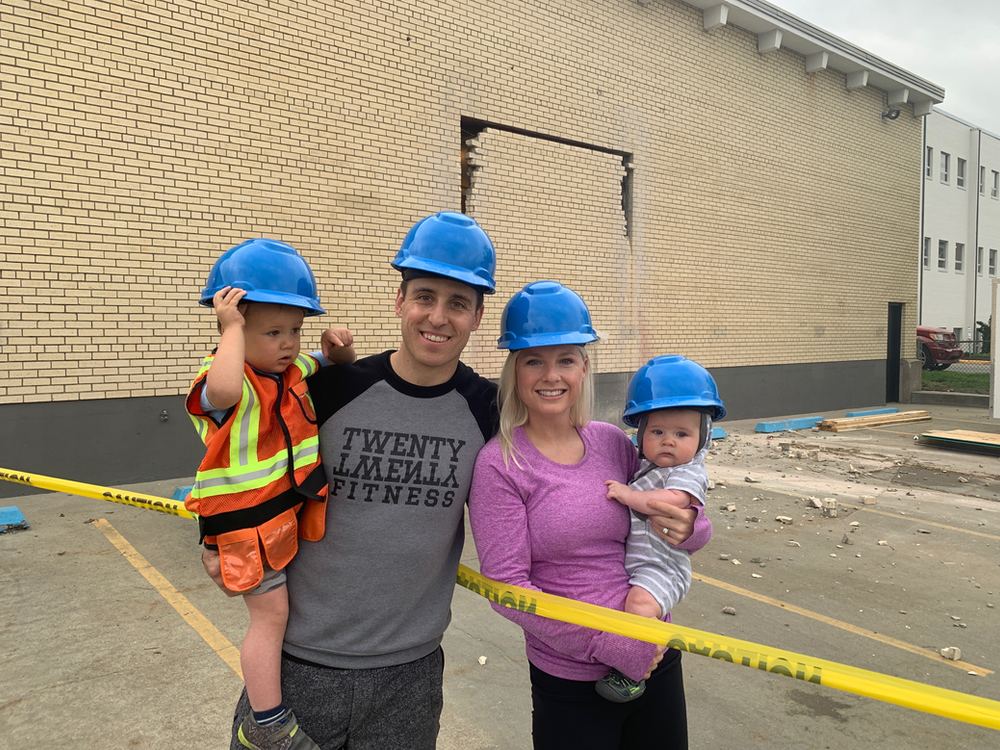 I'm in the process of drafting a book, or in some ways an operating manual of how I intend to be the best parent possible. Note the word... 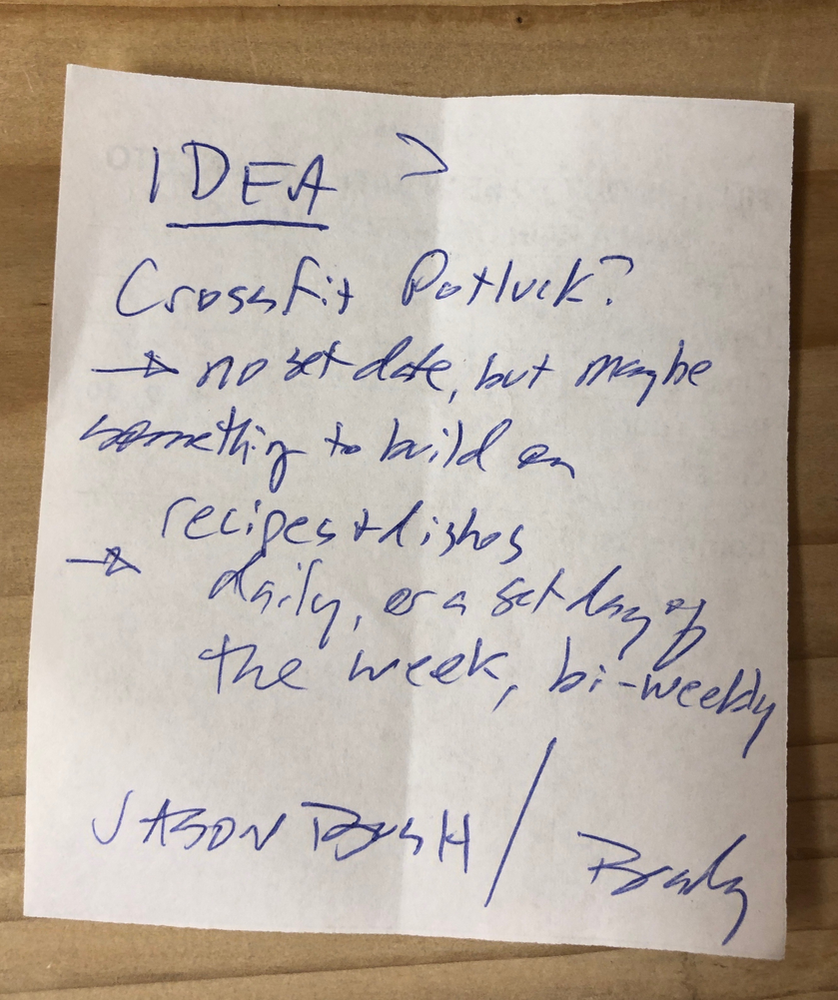 Thank you to everyone who submitted feedback this month! We've been able to implement a lot of your suggestions and will continue to look...